Services from Preston and beyond not calling at intermediate stations between Preston/Kirkham & Wesham. 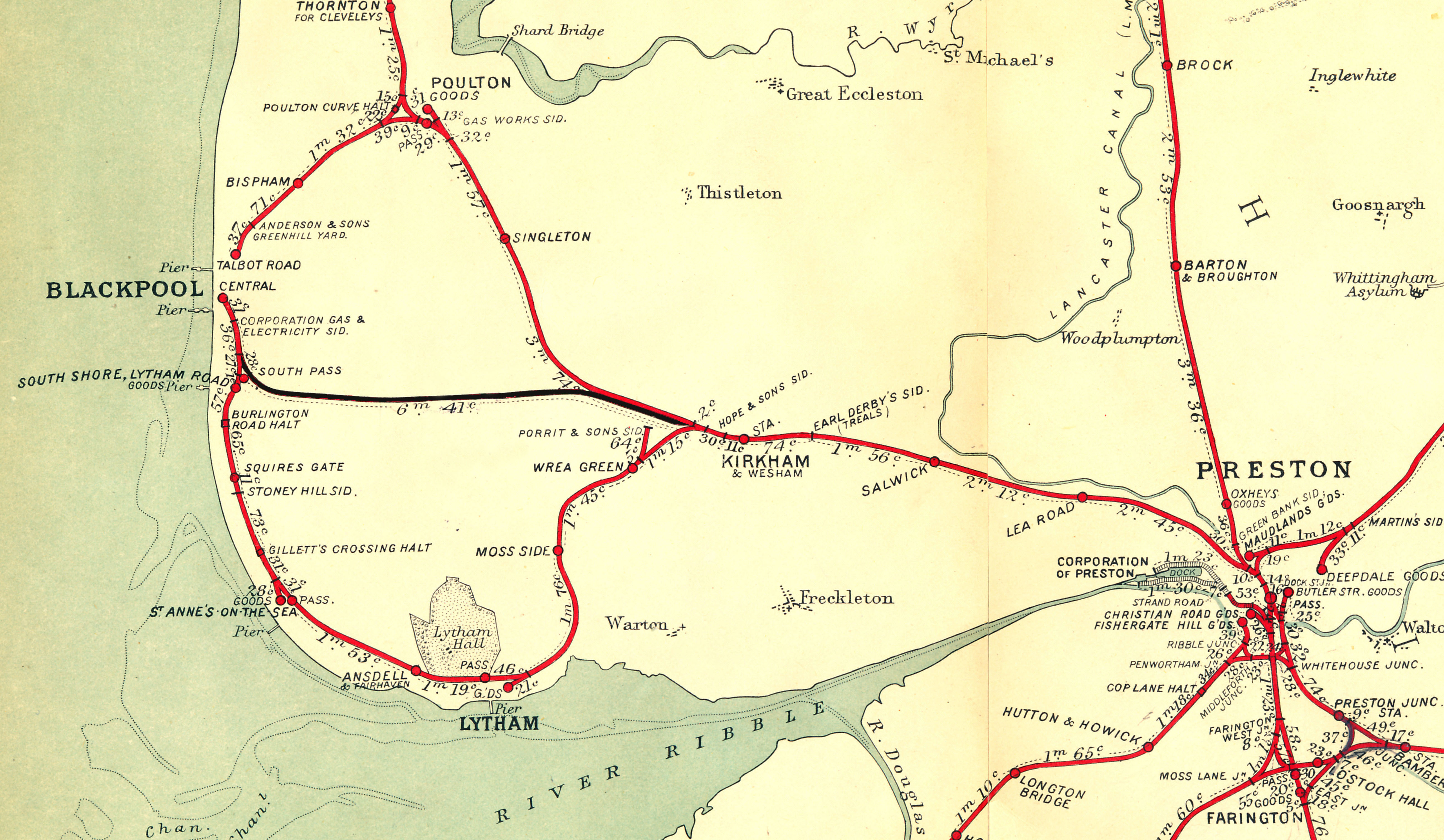 Some uncertainty over the dates here.

BR (LM) TT 14 Jun 65 - 17 Apr 66 shows the line on the route map, though it is not possible to confirm this from the timetable. It is presumed trains shown as non-stop between Preston/Kirkham & Wesham and Blackpool South would be routed via the direct line.

RHRGB Vol.10 The North West p222 states "The 'New Line' from Kirkham was closed in November 1965, although it was occasionally used until the first weeks of 1966".

No references to this matter found in RM.

So, take your pick! Pending further information, confirmation or clarification, I have decided to go for the LTR date.